Join us for a group walk to celebrate 20 years as a greyhound rescue in Ireland! September 4th at Phoenix Park, meeting at the Papal Cross at 12 noon, for a short walk and chance to socialise with other hound enthusiasts.

“Why would you want a greyhound if you aren’t racing it?”

This was a question familiar to volunteers with the Irish charity Homes for Unwanted Greyhound (HUG) until quite recently. While greyhounds have a long history in Ireland, the concept of adopting them as family pet dogs is relatively new to the bulk of the Irish public. In 2022, HUG celebrates their 20th anniversary as a greyhound rescue group, a period that has seen dramatic change in both the acceptance of greyhounds as pets, as well as the state of the racing industry in Ireland.

Back in 2002, the idea of adopting a racing greyhound as a pet was almost unheard of in Ireland. Even though robust rehoming programmes had an established history in places like the UK and America, greyhounds here had a unwarranted reputation for being aggressive, possibly dangerous to small animals and not suitable around children. There was also an idea that due to being athletes, they must require large amounts of exercise to keep them satisfied.

Amanda Saunders Perkins moved to rural Kerry in 1998 with her ex-racing pet greyhound Danny, who was originally born and bred in Ireland, but adopted in England. Despite being a wonderful pet, folks were shocked to find out that Amanda didn’t use him for racing or coursing, and that he lived indoors as part of the family. Upon discovering how many greyhounds were routinely destroyed once they were no longer profitable as race dogs, Amanda set up Kerry Greyhound Homefinders, financing the initial promotion of the very small rescue out of her own pocket. She arranged kennel spaces in Beaufort for the first two dogs, Connell and Emily, and the American European Greyhound Association stepped in to pay for these. At that time, almost all greyhounds were transported to the UK to be adopted, due to lack of interest in Ireland to adopt greyhounds as pets. Amanda’s sister Jill in Norfolk facilitated most of the adoption process in England and in 2006, the organisation became Kerry Greyhound Connection, referencing the connections between the Irish and Norfolk branches, which also became registered as a UK charity.

With a few additional volunteers in Ireland, they managed to place a handful of greyhounds into Irish homes, but it was a very gradual process to combat the false stereotypes and misconceptions about the breed in the Irish public. The vast majority of dogs were still adopted abroad, no longer just to the UK but also to Germany, Sweden, Italy, Belgium and even America. Momentum was slowly building in Ireland however, and in 2011 the rescue became officially registered as an Irish charity and took part in the foundation of Greyhound Rescue Association Ireland, along with a number of other rescue groups. By this point, the charity had volunteers not just in Kerry, but also in Dublin, Wexford, Mayo and other parts of the country.

Fundraising and adoption appeals nationwide were challenging with a very region-specific name, so after much consideration the group re-branded as Homes for Unwanted Greyhounds, entering into a new era and also utilising facebook and other social media platforms to reach a wider audience for the charity. Despite the name changes, they remained completely volunteer run, relying mainly on public donations and grants from the Department of Agriculture, Food and the Marine, as well as some support from the Irish Retired Greyhound Trust. The mission remained the same as well, “A home for every hound”, working towards the day when no greyhound would be destroyed for lack of a home.

A watershed moment came in 2019 when the RTÉ Investigates: “Greyhounds, Running for Their Lives” was broadcast on RTÉ One. The impactful programme referenced a report using figures from 2017 showing that 16,000 greyhounds were born annually for the racing industry, but an estimated nearly 6000 are destroyed each year as well. While rescues like HUG have been fully aware of this situation for many years, it didn’t reach the broader public consciousness in Ireland until it received primetime coverage, and the public was horrified at the situation. This initiated a broader conversation about the treatment of greyhounds, the funding of the racing industry and introduced the possibility of adopting a pet greyhound to many people for the first time.

With the onset of lockdowns as a result of the Covid-19 pandemic, HUG also saw a massive increase in adoption interest, a situation reflected in many other dog rescues of all breeds around the country. A shift towards more long term options for remote working has meant a greater opportunity for people to consider adopting a dog without the concern of leaving the dog for long periods during work hours. It is now common to see retired racing greyhounds in most every park or neighbourhood you visit in Dublin, and the gentle, affectionate temperament of the breed is becoming well known. For HUG volunteers, hearing someone say “Oh I’ve heard they make lovely pets” is now far more common, a world of difference from the reaction they received even just a few years ago.

For their 20th anniversary, HUG are planning a group greyhound walk on the 4th of September in the Phoenix Park, a chance for adopters, supporters and other interested members of the public to come together and celebrate these wonderful dogs. Anyone interested in learning more or potentially adopting should visit www.homesforunwantedgreyhounds.ie or follow their social media accounts on facebook, instagram or twitter. Donations are always gratefully received, they also have a fundraising shop selling a range of clothing and other items with unique designs, and volunteers who wish to get in touch to foster, help with transportation, administration, fundraising, promotions or any other areas can contact info@homesforunwantedgreyhounds.ie. 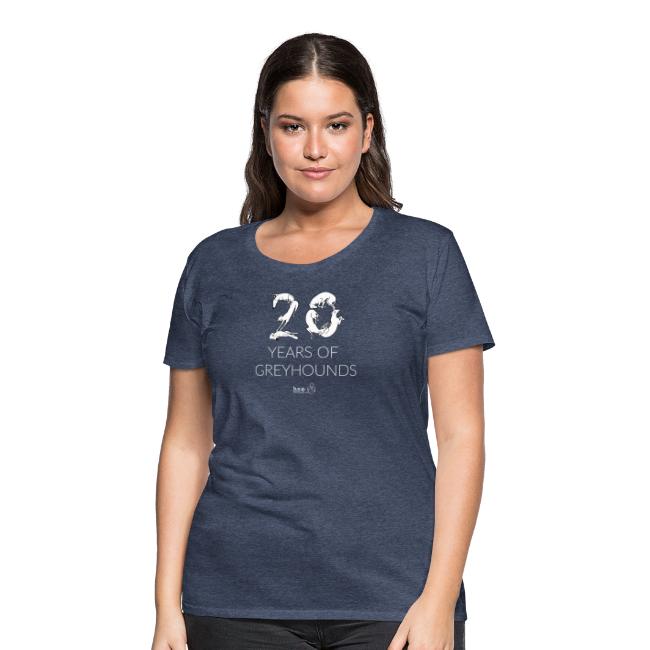 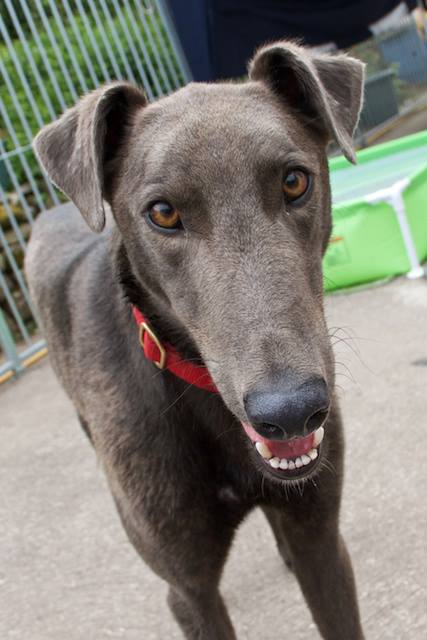 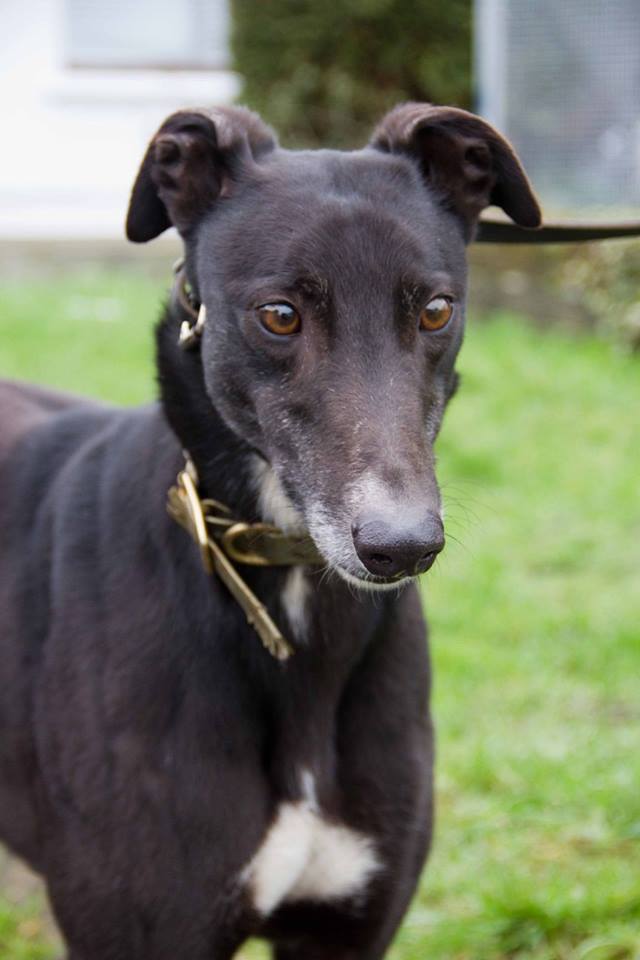 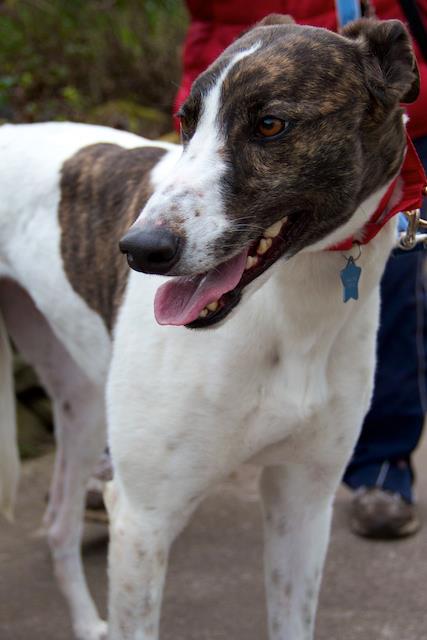