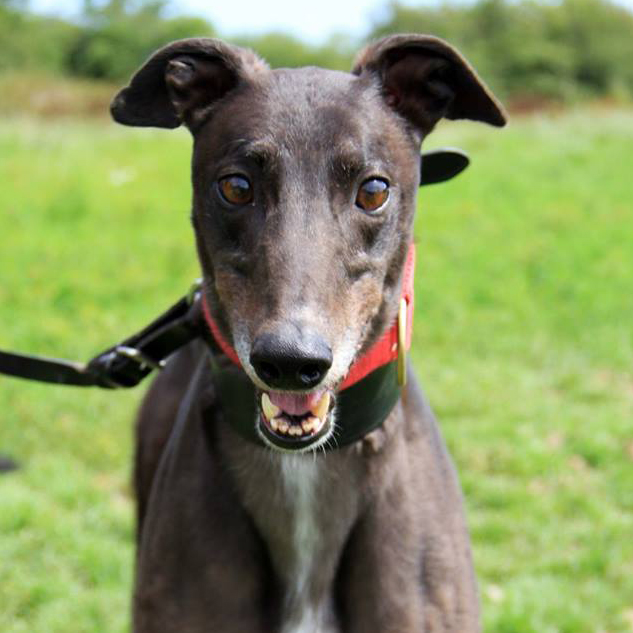 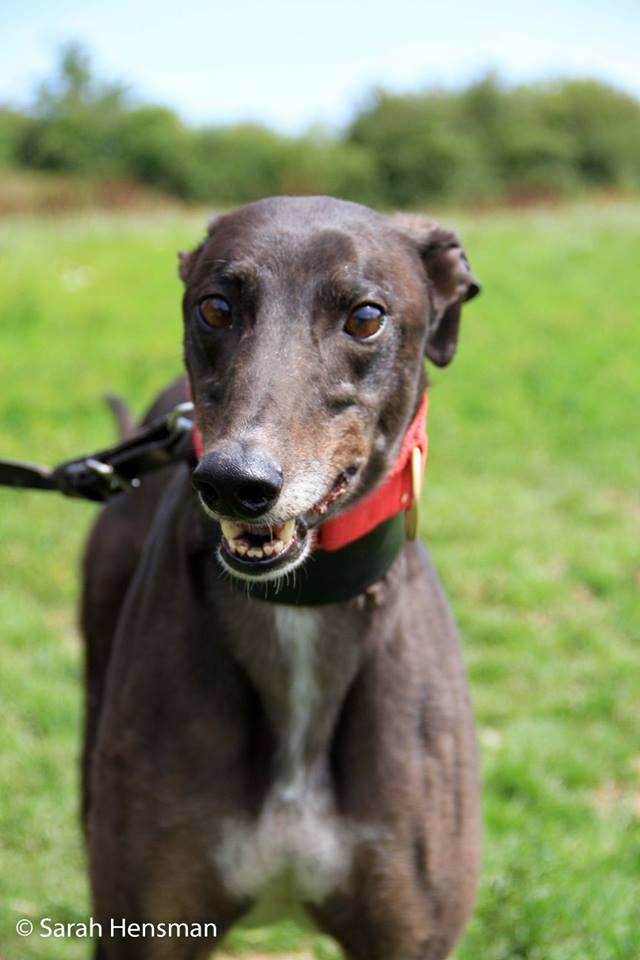 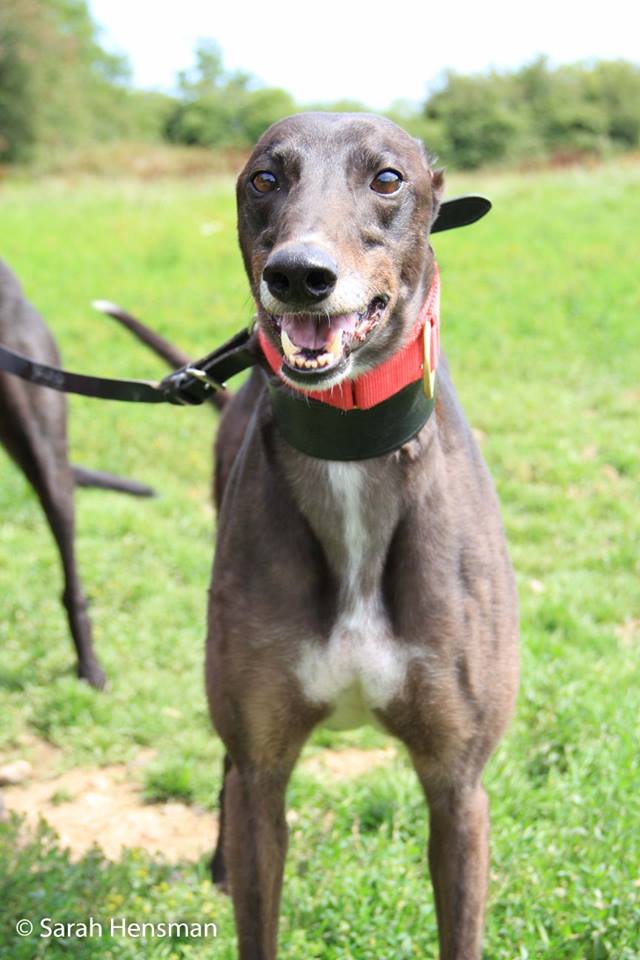 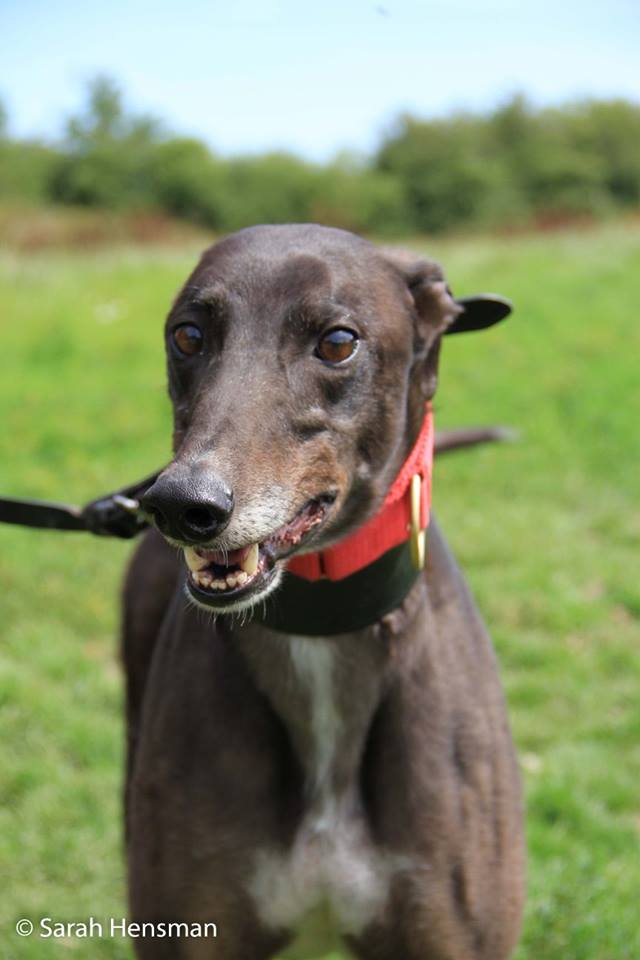 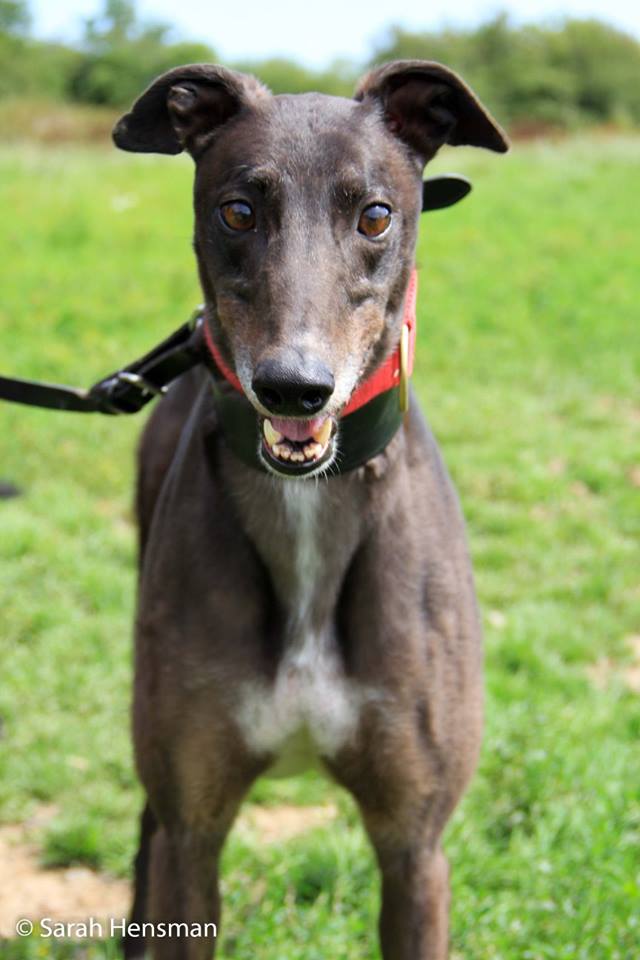 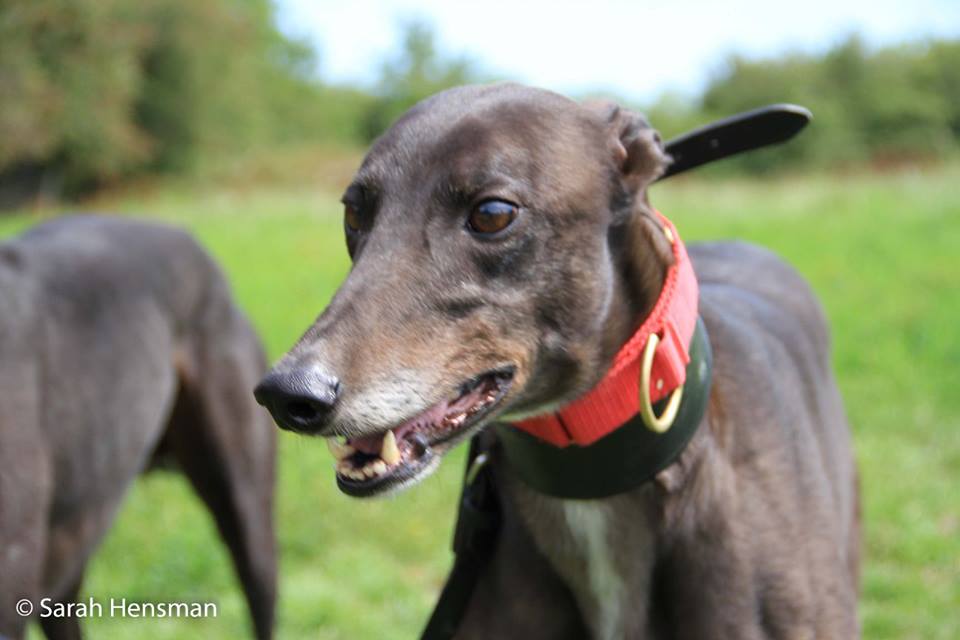 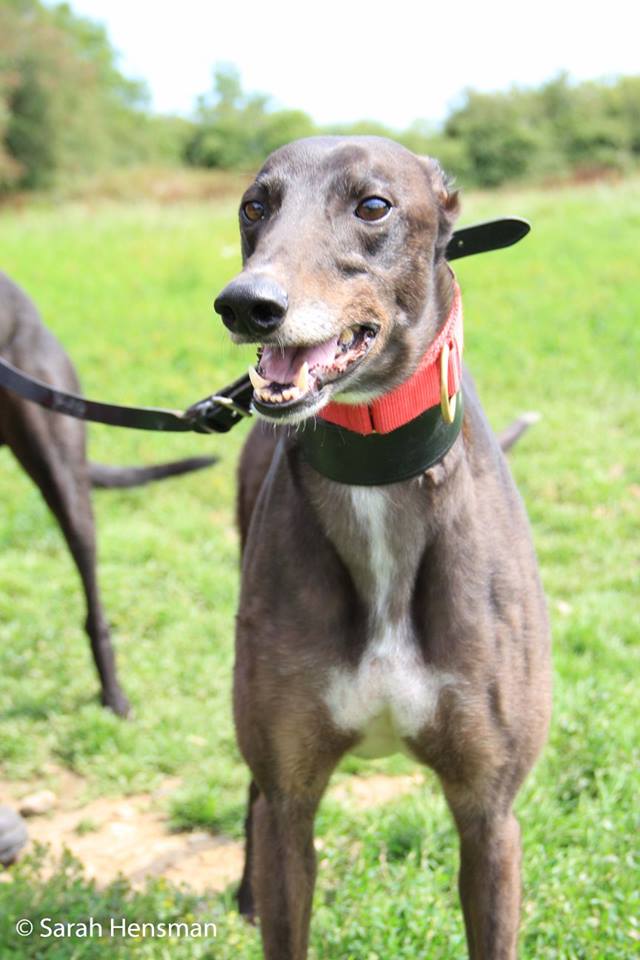 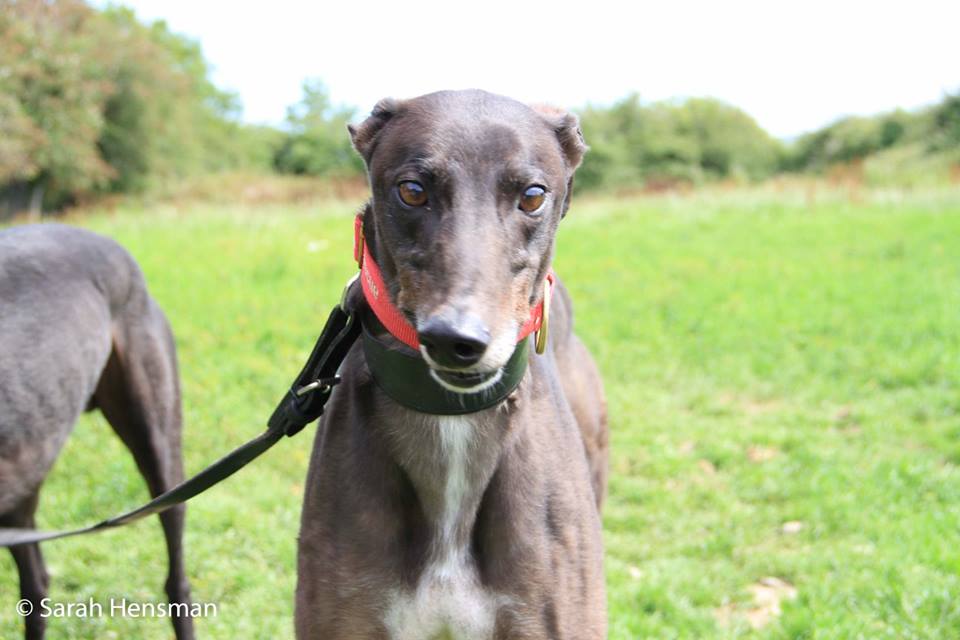 Say Hi to Percy. Percy is a male black greyhound with a huge personality. He loves his cuddles and he loves to go walking. He gets excited when he sees small dogs, but this will calm down as we will get him used to them. He is straight out of a kennel environment so there are a lot of new things for Percy to get used to. He is around 26/7 inches to the shoulder. Percy has been well handled and is very sociable and is a lovely boy.

UPDATE on Percy from his foster family. Percy is a great dog, took some getting used to for everyone but he’s settled in great! He’s a lazy lazy boy and sleeps 99% of the day, the other 1% he’s a silly cuddly little thing who loves his hugs and kisses (and squeaky toys!). He really thrives with a good schedule and he’ll stick you to that schedule and remind you when walk time etc is. He’s fantastic on the leash and loves his walkies, and clean in the crate during the day. We’ve worked on stairs with him and he’s now a pro, but he’s scared crapless of our shiny tile floors and still slips all over on them 😂 he prefers to stick to the carpeted areas. He doesn’t like being alone at night, we’ve tried to crate train him for nights but it got to the point where none of us were sleeping. so now he’s in the crate for the first half of the night then when he wakes up (between 2- 6 am) we’ll let him out and then bring him to the bedroom with us and he’ll sleep later then us if we let him! Again he’s a fantastic little guy, he just really hates the floors in my house! If you would like Percy in your life then please get in touch by completing our online adoption application.

This site uses Akismet to reduce spam. Learn how your comment data is processed.